Workplace bullying is destructive. Some people act in a ‘bullying way’ when they are . When teams have training in emotional intelligence and gain the skills to manage heightened emotions there are fewer problems with bullying.

A new General Manager in a local branch of the global corporate was determined to root out any hint of workplace bullying by managers. She told her staff to come directly to her if they had any concerns about managers bullying them. did approach her and told her that they had been bullied. Keen to make an impression on the the General Manager fired several senior managers after a brief investigation of each. Their pay-outs, to avoid protracted personal grievance court cases, were considerable.

While it is commendable that the new manager took so much interest and was concerned about workplace bullying, the resulting loss in expertise and corporate knowledge was great. The further cost of recruiting and training new managers was also very high. Was there something else she could have done with these managers? Did they all need to be fired?
Bullies do exist and they create chaos in the workplace. The sooner they are removed from the workplace the better. But true bullies are not all that common. Some people are intrinsically bullies because of the particular of their personalities, which has developed through difficult early childhood experiences. Changing their usually requires addressing the root causes of their through intensive psychotherapy, should they be willing to take that path.
There are many others who act in a ‘bullying way’ when they are under stress. Their does impact on staff and others in the workplace but they are fundamentally good people. What they lack is sufficient emotional intelligence (EQ) to be able to moderate their own when they are under stress. They don’t understand their own emotional reactions or how to manage those reactions. When they are under stress they act in ways that they have used throughout their to get their needs met. Low EQ is quite different from a person’s professional ability or their intelligence.
While a manager’s impacts in a major way on their direct reports and others they work with, the problem can be compounded when their staff also do not have high levels of EQ. People with high EQ have a better chance of maintaining good communication with others who are stressed and act in domineering ways; whether that person is a manager, a colleague or a customer. In stressful situations, staff with low EQ are less able to respond adequately to those managers who may themselves be stressed and project that onto other people around them. With so much talk about workplace bullying, such a manager’s can quickly get as bullying and they may be treated as if they are unable to change, and must be dismissed.
Dismissal of any staff without a full exploration of the issues leads to unnecessary cost, personal distress uncertainty within the whole . When bad is observed there is a temptation to assume that the person acting in this unhelpful way lacks the motivation to relate well to those about them. Somehow their is attributed to their motives and their motives are seen as destructive, critical, and oppressive. These are the kinds of that are as bullying and more often reflect a lack of skill rather than bad intentions.
Let us look at this as lack of skill and how it might be changed. In their bestselling book Influencer: the power to change anything Kerry Patterson and his co-authors talk about six sources of influence in change.
The two functions of motivation and skill can each be broken down to three levels: personal, group and . The authors found that most people attributed bad to motivation of the individual to interact positively (the personal level motivation). In fact, bad that is as bullying can more often be attributed to a lack of skill at the personal level.
In dealing with problems of interpersonal communication, I have found that it is more often the lack of skill that causes problems rather than a lack of motivation. Giving individuals the skills to understand and manage their own and others’ emotions is a great first step. At the second level, giving a group these skills can make a significant positive impact on a business; and when the whole addresses the skills and motivation of its staff (the third level) then real change can occur. In the Influencer the authors say that attending to four or more of the six sources of influence will bring about change.

When ‘bullying’ or aggressive forms of communication have been going on for some time in an they can lead to a sense of hopelessness and helplessness. People accept that they cannot do anything about it and the results can be of productivity; high levels of stress resulting in absenteeism and staff churn; or worst a personal grievance or a prosecution under the Health and Safety at Work Act for harm to employees.
It is possible to turn this situation around by giving everyone the skills to manage their stress and to communicate well in these highly emotional situations.

When managers and other people leaders are under pressure and struggling to deal with their own and other’s emotional responses then training is crucial for creating a more healthy environment. Too many people have been promoted to leadership positions without the opportunity to acquire and refine their people management skills.
Furthermore, training for all staff to deal with others who are expressing strong emotion is an important part of building a healthy and robust . If all staff have the skills to hold difficult conversations then they are more likely to be able to give feedback to their managers if the manager’s becomes aggressive, domineering or seems like workplace bullying. If this feedback is given early in a relationship it is likely that the controlling person will moderate their and in doing so increase their EQ. They will be less likely to cause their colleagues distress and will learn how to communicate effectively even when they are under pressure.
It is a tragedy that many invest so little time and money into effective training so that problems such as described here, which could be solved by a relatively small investment of time and money, end up becoming major problems that impinge on productivity and effectiveness in the workplace.
There is further risk to an because such continued bullying by managers and others in a workplace becomes a health and safety issue. place themselves at risk of personal grievance cases and large pay-outs for causing distress if they do nothing to address people’s ability to deal effectively with the stress.
Effective training in emotional intelligence and communication would go a long way to reducing these risks and increasing the ability of work teams to achieve their goals.

Why should I just shut up?

In 2009 a friend of mine, 18-year-old Eva Maria published a book titled “You Shut Up!” hoping to improve communication between adults and teens. “Adults need to shut up and listen to what young people Read more…

Why effective listening is so difficult

In the video “It’s not about the nail” a woman sits on the couch with her partner and complains of terrible headaches that simply won’t go away. She has no idea what’s causing them. The Read more… 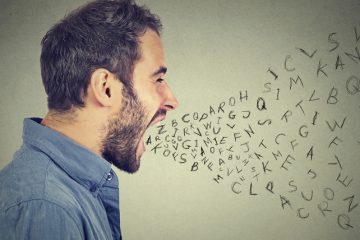 Why is it so hard to talk about feelings?

Imagine a stadium full of people shouting as loud as possible for a minute or two before the first whistle had even been blown. That was the scene at a recent rugby test match in Read more…